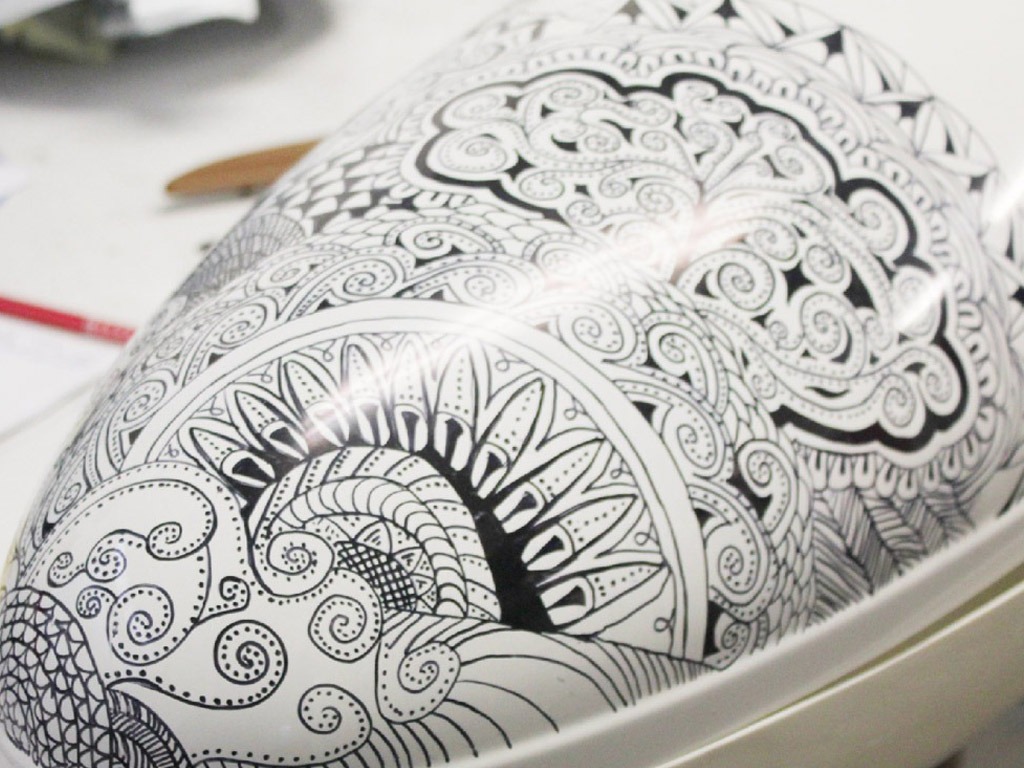 Koffin is the tongue-in-cheek name of a futurist start-up company in Liverpool on a mission to change how we think about death.

After four years of development the company has gone into production with the first run of eco-friendly, biodegradable, fully-customisable coffins.

The start-up — led by artist Gina Czarnecki — is inviting the general public to design their own ‘Koffin’, with the chance of having it created in real life, and exhibited from November 1, as part of DaDaFest International 2018.

Created to help people take back their rights to a personal and affordable end, the project was created to challenge the rising cost of funerals.

After its initial launch the company will start a fundraising campaign on Kickstarter to help them continue production and challenge the current status quo when it comes to death in the UK.

“Death isn’t something anyone wants to think about — but there’s nothing more certain in life,” said founder Gina Czarnecki.

Focused on making coffins greener, more affordable and more personal, the company states it wants people to “think outside of the box”.

“The way we live has changed dramatically over the last century — but for some reason, the way we say goodbye hasn’t.

“With endless technology at our fingertips and the ability to make things greener and fairer for future generations, isn’t it about time someone redesigned the coffin?” she said.

Made from an innovative form of Lignin, a bio-material, the new coffins are 100% biodegradable — requiring less energy to burn than wood, and producing less CO2 than plants when growing.

Concern for the environment isn’t the company’s only mission, however.

“There’s a lot of things people don’t know, or really want to know, about the traditional coffin, but it’s important to educate people that there’s different, and better ways, out there” said Ms Czarnecki.

“We’ve created the Koffins from purpose-designed material that only leaves 17% ash residue when burnt, unlike traditional coffins which can produce up to 65%. They’re also leak-proof without the need for toxic plastic or waxes inside the coffin.”

Injecting a more light-hearted attitude to death, Koffins are 100% customisable. They can be decorated, printed on, or adapted with 3D printing to create different shapes.

The company is inviting artists, illustrators, designers and the general public to submit drawings, sketches and written ideas for a Koffin.

From the submitted ideas, 25 will be selected and made into real, full scale Koffins and exhibited later in the year.

The chosen designers will either receive a one-off payment for their Koffin, or a royalty payment every time their design is purchased or requested in the future.

“Having a Koffin allows you to do it your way,” said Ms Czarnecki.

“Your Koffin could be white, covered in a net full of your favourite flowers, or it can literally look like a Viking ship.

“It’s entirely up to you. Above all else, it’s your final hurrah, so it should say something about you.”

Koffin ideas can be submitted at ideas@koffin.co.uk

Fined out more at https://koffin.co.uk